Fill out your confirmation number:: 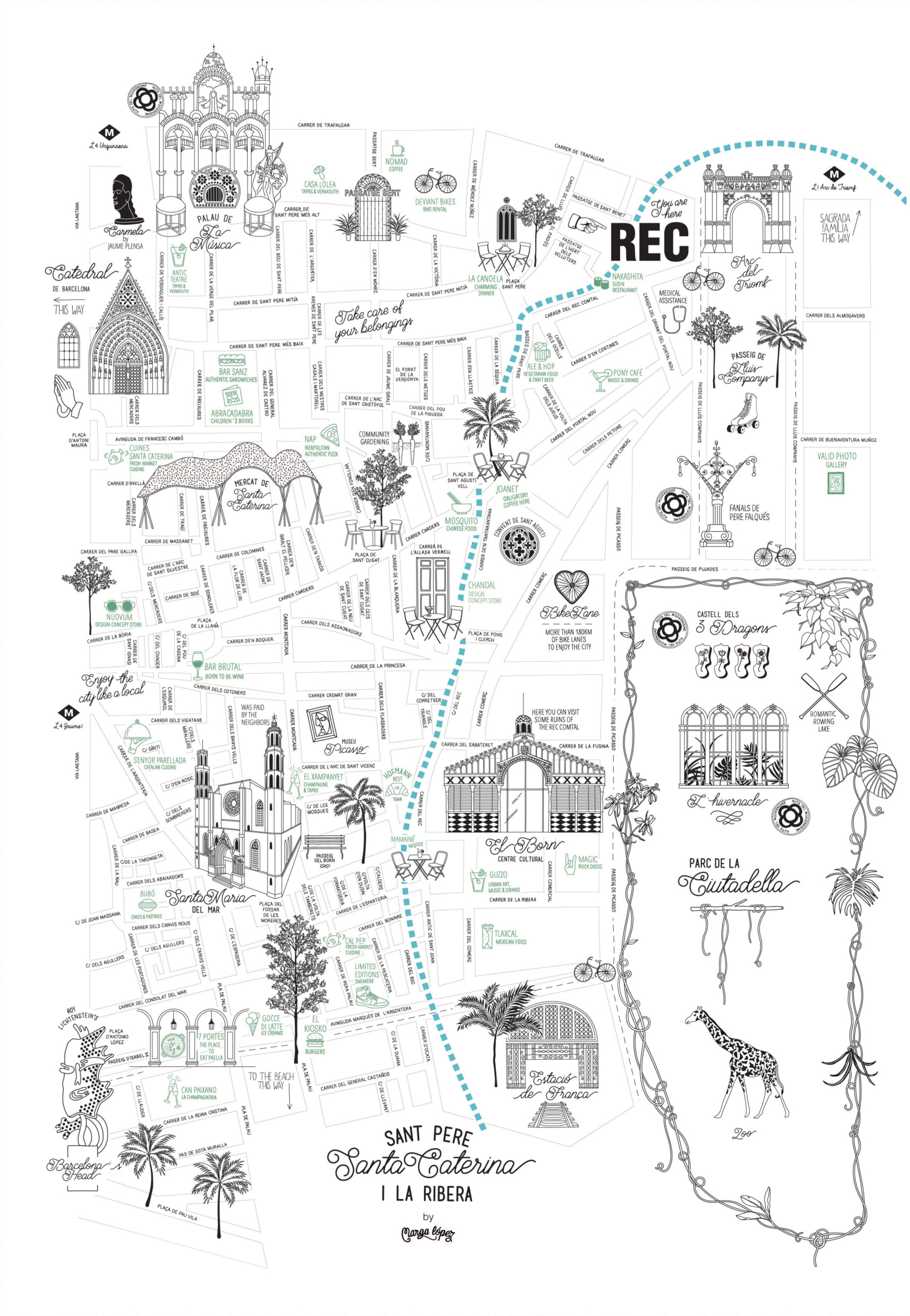 Sant Pere, Santa Caterina and la Ribera is one of the four neighborhoods that make up the Ciutat Vella (Old City) of Barcelona. It itself comprises three historical districts, bordered to the north by Lluís Companys and the Ciutadella Park, to the south by Vía Laietana, and nestled in-between Barceloneta to the east, and the Eixample to the west.

Sant Pere i Santa Caterina are two areas of the city that to this day have maintained their Medieval structure, with narrow, winding streets bustling with lively shops and restaurants. Sant Pere, Santa Caterina and Sant Agustí are names associated with the predominant religious institutions that once defined the area.

The section called La Ribera, formerly known as Vilanova del Mar, sits a bit closer to the sea, presided over by the Santa María del Mar basilica, the cultural heart, soul and epicenter of the city during the 13th and 14th centuries.

These neighborhoods were built when Barcelona began to expand outside its ancient Roman walls. The areas surrounding that first settlement gradually began to grow, and the Rec Comtal, one of the most significant water sources in the ancient city, flowing in from the River Besòs, ultimately became a major attraction and selling point for the textile industries that thrived just prior to the industrial revolution.

Running in the Ciutadella

Your form has been sent correctly.